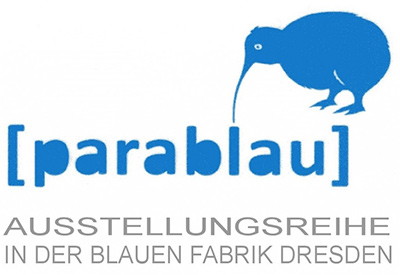 Michaela Spružinová (1983 Decin) studied at the Glass studio of Ilya Bilek and curatorial studies at the Faculty of Art and Design, the University of Jan Evangelista Purkyně in Ústí nad Labem. She currently works at the University of Tomas Bata in Zlin, as an assistant in the Glass Design Studio.

Although Michaela graduated in glass, conceptual overlaps and interest in the place and its traditions can be traced in her work ever since her studies. In 2008, during her study visit in Jerusalem she cast pieces of her temporary home in wax and worked with the issue of tramping, which has been since childhood an important part of her life Nevertramping story (2012). At the same time she began persuading memories of places for which she created projects. She organized a collection of old Skoda parts in Mlada Boleslav (2011) and for the synagogue in Trnava created the work until our memory serves (2013), reflecting local events during the Second World War. In 2014, Michaela has created, apart from lines of identity, two other projects reacting to the history and memory of the place. Based on archival research, she wrote on the gallery Board in Ústí nad Labem memories of Germans that owned the house across the gallery before the war. In the Ploskovice castle that housed Napoli, took Michaela photographs of castle gardens visitors with the spirit of one of the then protégés, a little boy raised to be an SS officer.

However, the project Line of identity goes beyond a particular place. It responds to the situation, which was caused by the publication of video from the archive of Steven Spielberg filmed shortly after the World War II. near Plzen. Together with the German army a young girl is leaving Bohemia, beaten and possibly raped, dressed in a men’s German uniform. The girl is desperate, but despite it very charismatic. Following the publication of shots called Lost German Girl on YouTube, a group was created on the Internet that is trying to find her identity. When and where was the video filmed, from what country the units came, and to which camps were deported, how the girl in large men’s clothes clutching a package of worthless Reichsmarks in her hands ended up between them? These are the questions that interest people from this Internet Group.

But why did it happen? How did a girl walking down the road after seventy years come into the center of interest of people living on different continents? What makes her so close to us? Is not she a projection of the common feeling, which remained in us from the Second World War across nations? How much has the world became smaller since and what holds value in today’s globalized information village? What unites it and what divides? How does the story of the lost girl correspond to the current situation? These are all the other lines, over which we can, through the project of Michaela Spružinová, think.